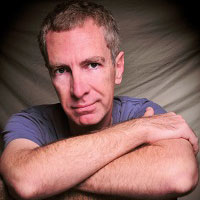 B Alan Bourgeois began writing when he was 12 years of age. At that time, like many parents of his time, he was told by his mother to put it away and to study hard so he could get a well-paying job. He did put it away until 1987.

In the fall of 1987 when living in northern California, he took a writing class and was challenged to write a short story. $200 Alan was written and was published in the local community college paper.

Like so many authors at the time, and even today, he had not realized the challenge that marketing a book presented, nor the high cost associated with it. It was then that we choose to dedicate his life to helping authors learn how to better market and sell themselves and their books. It would be this process that would help authors to achieve financial success.

Texas Assoc. of Authors (TAA became Authors Marketing International in 2010) was created and began operation working with authors from around the state of Texas to help them learn about marketing, discover opportunities to reach readers, and sharing the cost in a more economical way that made it easier for them to participate.

Bourgeois continues to write short stories and full-length books. It was his dedication to the AMI organization and other programs and events he has created that has kept him from being able to write as much as he would like. He still tries to work on short stories, and many articles to help fellow authors and have taken the organization to international status. Learn more about Mr. Bourgeois at BourgeoisMedia.com