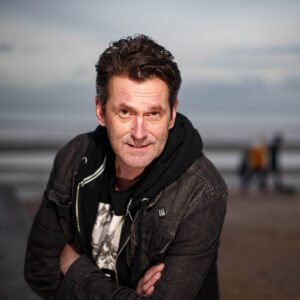 David Diebold has written for The Irish Independent, The Irish Daily Mail, The Business Post and for The Herald, where his regular weekly column of seven years was a finalist at the National Newspapers of Ireland Feature Writer of the Year Award in 2011, and NewsBrand Ireland Popular Columnist of the Year in 2016.

His writing has featured in Press Gang: Tales from the Glory Days of Irish Newspapers (New Island, 2015), and in Spontaneity magazine. A regular radio guest, in the last year he has been interviewed on The Ryan Tubridy Show, (RTE Radio 1), The Last Word (Today FM), and The Tom Dunne Show (Newstalk).

A native of California, he now lives by the sea near Dublin, Ireland, with his wife, two of his four now grown-up children, and Pepper the dog.