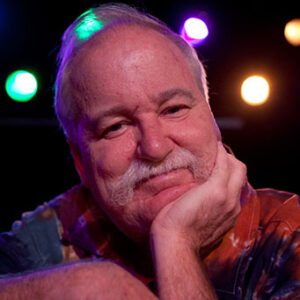 He is now a freelance writer and an adjunct professor in the Music Business & Technology Certificate program at Converse College, where he won an Above & Beyond Award. His nationally published books include ROCKIN’ A HARD PLACE (Hub City Press), based on his music-industry experience; THE PLUNDER ROOM (St. Martin’s Press); and THE LUCIFER GENOME, (Brigid’s Fire Press), a co-authored thriller. A literary agent represents his latest novel, SPENT: THE LAST DAYS OF SEX & ROCK ‘N’ ROLL.

He is a contract stringer for The New York Times, and his work has appeared In USA Today, among other national publications. He is at work on a musical, a stage play (THE LAST LYNCHING) and book-editing projects.

He has traveled to Europe, China, Vietnam, Cuba, Central America, Mexico and Canada, the Caribbean, southern Africa, the Middle East and throughout the United States. He has appeared on Oprah! and on TV, in newspapers and radio, as a contributor and a subject.