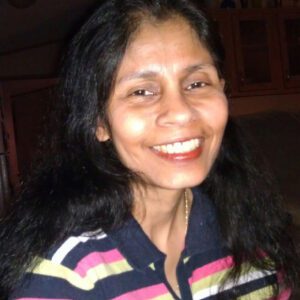 Judy Ramsook was born in San Fernando, Trinidad (Trinidad & Tobago) to East Indian parents. In the mid eighties she came to the USA where she attended San Antonio College and The University of Texas At San Antonio.

No stranger to accomplishments, by the age of 25, Judy had already published a poem in one of her country’s leading newspapers, The Guardian. And when she came to San Antonio, she was on the Dean’s List in the Spring of 1986 for having a 4.0 GPA.

Judy was raised in a highly homophobic environment when she was growing up in the small island nation of Trinidad and Tobago. If anyone learned you were gay there, you were considered less of a person or even ostracized and disinherited.