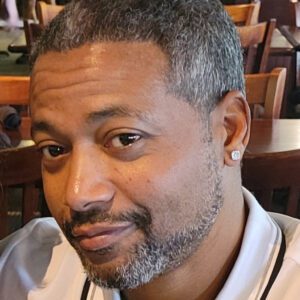 Kenneth Hough, author of A 2nd Chance at Life, was born in 1977, and raised in North Brentwood, Maryland, just eleven minutes from the District of Columbia.

Fascinated with taking things apart and putting things back together when he was younger, he had a career job installing elevators for eighteen years of his life.

Known as Kenny Keys by his peers, when he wasn’t working as an elevator mechanic, in his spare time, he was a local producer on the underground music scene and also a musician that played keyboards for bands in the DMV area, which is known as the District of Columbia, Maryland, and Northern Virginia.

Due to a work-related injury, he had a cardiac arrest while getting an epidural injection in his neck that changed his life forever. This is his testimony as he re-live the horror to tell you his story.