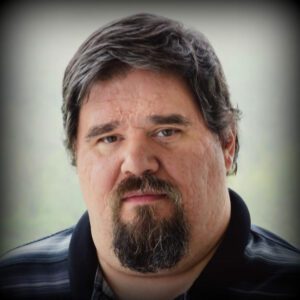 Michael Kelso has been writing for over ten years. A self taught photographer, musician, poet. Avid reader and writer, his favorite genres include Horror, Sci-fi, Thriller, Humor, Religious, to name a few.

His goal with his writing is not only to entertain, but also to make readers think.

He has self-published three anthologies, multiple short stories, and a collection on Amazon. His debut crime fiction novel (One on One) was released on Sept. 13th 2017.

He continues to work on other novels, including a sequel to his debut novel, in his spare time.

He also designs and photographs his own story covers.

If you read one of his stories, please review. Reviews are the lifeblood of publishing. It doesn’t have to be much, just a few lines about what you liked or didn’t like about the story.