Sebastian Wocker was born in London in 1965. The son of WDR (West German Radio) broadcaster Karl Heinz Wocker and journalist/translator Victoria Stückrath-Wocker he grew up in Hampstead and attended New End Primary then Hampstead Comprehensive School.

Aged 17, he landed the principle part of ‘Woof’ in a European tour of the dance-musical HAIR.

Having found recovery from active addiction in 1987 (as documented in his book, The joy of Addiction), Sebastian Wocker formed indie pop band Yeah, playing the London, Hamburg and Berlin circuits appearing on various TV and radio shows in Germany and the UK. In 1993, Yeah was awarded the John Lennon Talent Award in Hamburg. In 2002, Wocker signed as a songwriter for Global Chrysalis Publishing. He has had a number of his songs released on Cherry Red Records and Universal Music.

In 2005, under the artist name Don Sebastiano, Wocker released a solo album The Spaghetti Tree and was lead vocalist on the motion picture soundtracks of Pornorama (2007) with Mousse T, and Forget Me Not (2010) with Tobias Menzies.

Wocker has written for The Independent, Mr Partner Magazine (Japan), Camden New Journal and Ham & High Express. But he is mainly known for his campaigning journalism and quirky satire in the magazine Hampstead Village Voice of which he has been editor since 2007. Unconventional interviews with Russell Brand, Martin Bell, Emma Thompson, Giles Coren, David Baddiel amongst others have raised a few eyebrows.

Sebastian Wocker is currently lead singer-songwriter of indie band Ridiculous, formed in 2018 with Jon Moss, Erran Baron-Cohen and Peter Noone. 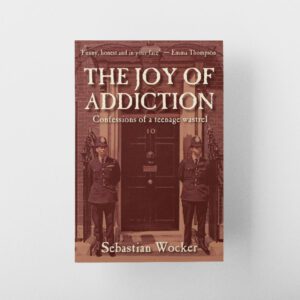