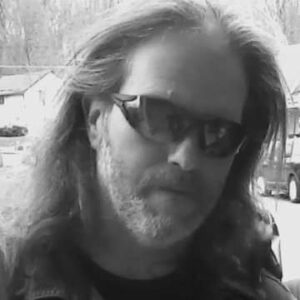 I began writing as a teenager. My first story was a 15 page short, entitled Highway to Hell, which garnered me some fans at school. From there, I would often sit at my mother’s old manual Brother typewriter and bang out short horror stories. A big fan of the genre as a whole, I grew up watching The Twilight Zone and Night Gallery, and for laughs, I have always enjoyed Monty Python’s Flying Circus.

My influences were and are obvious – Stephen King, Clive Barker, and the like.

As for present day, I live in upstate New York with my wife. I also have a writing partner, Eugene Mont, for screenplays, and we have (combined) 25 scripts between us. We are also collaborating on our first book together, as a team, which the planned release will be in late 2021.