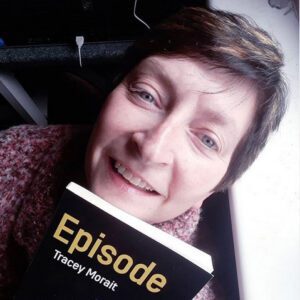 Tracey Morait was born in Liverpool, England, in 1964, where she lived up until 1990 when she moved to Bristol to work as a librarian. There she met Keith Mitchell, whom she married in 1993.

Tracey writes and self-publishes books for children and young adults between the ages of nine and sixteen and Keith designs the book covers. K&T Mitchell is their own small press.

Tracey gets much of her inspiration for her writing from her interests and life experiences. She is a keen Liverpool supporter and plans to write more football fiction like Goalden Girl and Goalden Sky. Episode and Epiworld were inspired by her personal experience of epilepsy.