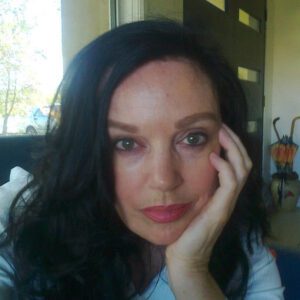 Wendy Waters is an award-winning author, composer, lyricist and librettist. Born in Australia, she grew up in Sydney, lived in the USA for six years and now divides her time between London, Sydney and Paris. In 2011 Waters volunteered to work with OASIS Salvation Army Crisis Centre in Sydney, helping musically gifted young people streamline their talent and it was there that she first conceived of the idea of a guardian angel rescuing a troubled or abused child as many of the young people at Oasis spoke of guardian angels coming to their rescue at times of danger. Turning the angel into the one in need of rescue was the twist that gave Catch the Moon, Mary its leverage.

Waters’ debut novel, Catch the Moon, Mary was published in the UK in 2015 and has been adapted by Waters into both a stage play and a screenplay. The play and Fred had staged readings at Tristan Bates Theatre in 2017 with graduate students from Amanda Redman’s ATS Drama School.

Music is a constant theme in Waters’ work and it still plays a major role in her latest novel, Fields of Grace.