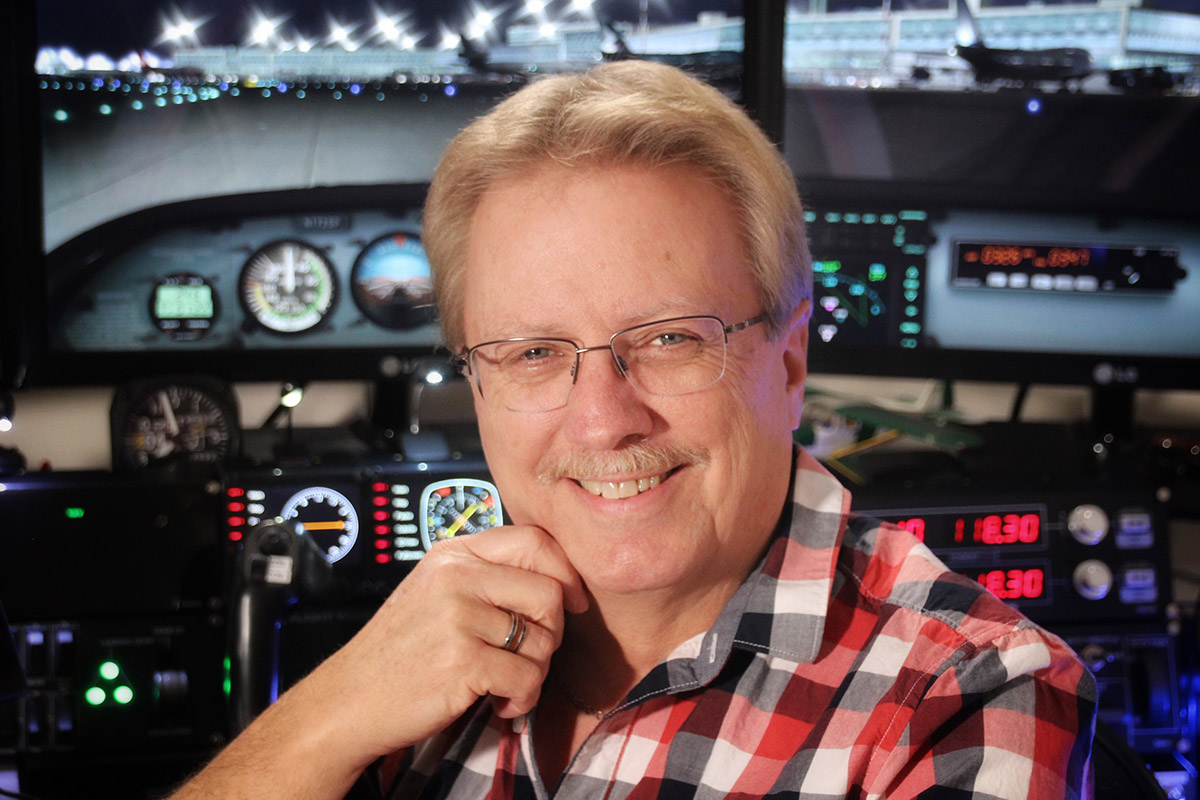 For Canadian author Paul Smyth, writing his first book has been a labour of love. Taking seven years to complete, Deliveries tells the tale of bush-pilot Paul Jackson, whose routine flight quickly erodes into an airborne nightmare of deception, self-loathing, and hopefully before it’s too late—redemption.

“The overall plot in Deliveries is fictional,” says Paul, “but many of the events inside the book are bred from snippets of my life, including family and friends that have played key roles throughout my 59 years on this earth. Completing a life-long dream of authoring a novel has profoundly affected my daily life; that is to say that if I don’t sit down and write something each day, I feel as though I’m wasting valuable time that the good Lord has bestowed upon me.”

The flight-based novel was developed over a number of years.

“Taking seven years to write, Deliveries has both energised me and wiped me out! I wrote the book with no preconceived idea as to the storyline. As the plot slowly developed, there were times when I could not stop the flow of ideas from my brain to my fingers on the keyboard! Other times, my exhaustion levels from trying to figure things out far exceeded my ability to craft any sort of meaningful narrative. Writing and editing a novel invokes a see-saw of emotions, but I’ve discovered that the end result far outweighs any discomforts along the way.

Working on a debut novel is not for the faint-hearted but Paul was more than determined to see his name on the front cover of a book.

“Speaking as a first-time author, the most challenging aspect of writing for me was in trying to figure out how to write my characters out of all the mayhem I wrote them into! But, that’s what made the writing process so much fun. For me, writing Deliveries was similar to watching a movie for the first time and having no idea how it would end!

“This may be a cardinal sin within the global writing community, but I’m not a writer who comes up with a clear story outline ahead of time; i.e. with a beginning, middle and end. Speaking for myself, it’s far more engaging and fun to write full-on ‘impromptu’ style with no set plan.

“Deliveries began when a good friend challenged me several years ago to write us both into a flying adventure. Not having previously written anything longer than a one-page devotional, I sat down and hammered out my first chapter. When I nervously asked my wife to read it, she eagerly responded with, ‘Where’s the next one?’ Encouraged, I typed out another few chapters, and with even greater urgency, she gently ‘ordered’ me to, ‘Hurry up and keep writing!’

“Encouraged by her responses, and clearly progressing in the right direction, I wrote whenever and wherever I could. The entire plot for Deliveries happens inside of 24 hours, so that means a book lover experiences a fast-paced, nerve-rattling, stomach-churning read! (Just saying!) Seven years later, at age 59, I’ve crafted 43 chapters, 588 pages of edge-of-your-seat, aerial pandemonium, thereby fulfilling my dream of becoming a published author!”

Paul developed a routine that helped him get words down on the page.

“I tend to be more creative first thing in the morning with a hot cup of jet-black Hawaiian coffee beside me and a clear mind. I typically start off well with getting a few pages down, but as my coffee disappears and other distractions take hold, I don’t seem to write as much throughout the balance of the day as I would like.”

Paul is already reaping the rewards of publishing his own book.

“Success for me as a new author is when someone who reads my book is already asking me for the next! My hope and prayer throughout the process of writing Deliveries, was that anyone who reads the book, is left with a cheek-to-cheek smile on their face, and a memorable adventure imprinted on their hearts! (I will, here and now, openly apologize for any nail-biting and lack of sleep that may have resulted in the reading of this tale!”

Paul is also aware that once published, that’s not the end of the matter when it comes to marketing his book.

“Prior to the release of Deliveries, I launched an authors website and began an extensive pre-promotional run on social media. Because of the Covid pandemic, entering a brick and mortar book store to market my book, or to participate in a book signing, is not possible. I’ve since discovered there are great places to turn to, such as The Indie Book Store who are ready, willing and graciously able to offer book marketing at very affordable prices! I also continue to spread the word verbally, market on social media and Goodreads; all the while attempting to lure people to my author website! paulsmythauthor.com (Shameless plug!)

You can get your hands on Paul’s book here

CONGRATULATIONS! Truly, I SO proud of your accomplishment! I deeply pray this book becomes a wildly successful BEST SELLER. I love you. Mom

Engaging piece of storytelling. Incredible that just north of 500 pages can fit into a tale of 24 hours. Kudos to Paul Smyth for defying Physics!

I am still dipping my toes into the literally fiction pool and Paul’s 1st novel is mid blowing, it’s hard to believe it is fiction, the plot is rich and knowing that it is happening in 24 hours it got my heart racing. Grab a copy and enjoy the thrill!

Thanks so very much for such kind words! I’m truly blessed to have been able to fulfil a dream of writing a book! It’s the support of amazing people like you who offer encouragement and support for a rookie author. Such kind words make my heart soar and help keep my fingers tapping a keyboard in pursuit of book # 2! Love and hugs back!

Thanks Ralph & Kendra at SqueakyCheeseProductions! Such a supportive and hugely appreciated accolade for my book, DELIVERIES! You guys have seriously been a huge blessing as I strive to get my story out into the world. Thanks a million for all your support and for my amazing audiobook clip that I strongly encourage people to listen to on your very cool website! You guys are seriously the BEST!

So glad you are enjoying DELIVERIES Mille! Appreciate your kind words of support! 😊

Deliveries is a great book written by a great man. Highly recommended!

Thankyou Jason! Back at you my friend! 😊 Honoured that you read and enjoyed DELIVERIES!

A Note From the Author: | Paul Smyth

[…] fun read and will provide some background on my writing journey as a first time author! Click this INDIE BOOKSTORE LINK! (You won’t regret […]

Hi Cam,
Appreciate your comment! Glad you enjoyed the author interview and I truly hope you are able to enjoy the adventure that DELIVERIES is! I would love your opinion! Thanks again!