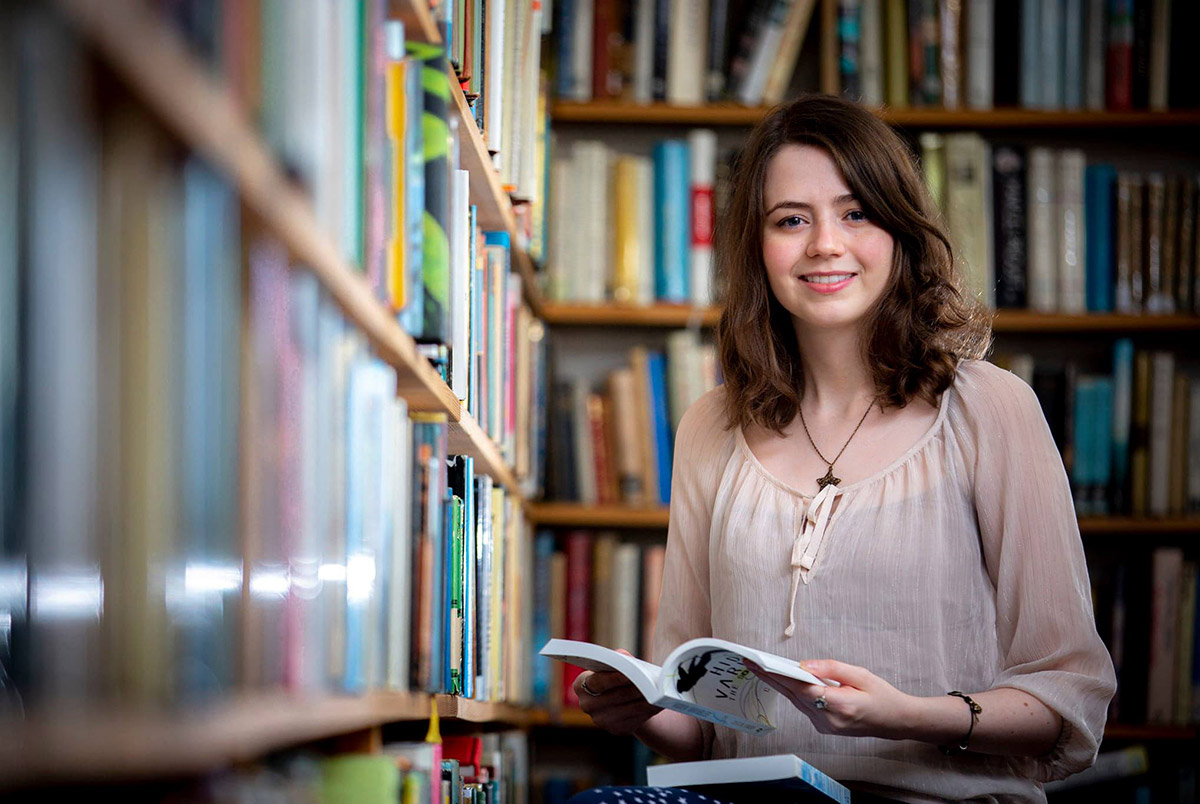 Can you let our readers have a brief synopsis?

Quantum Messenger is set around 2060 and is told from the point of view of a robot, Apollo XR. Apollo discovers that it can think independently of its programmed responses, effectively developing the first AI soul. It has to learn how humans do; by making mistakes, learning forgiveness and controlling anger, while developing and understanding its own passions, guided by its conscience.

Quantum Messenger is the final book of The Soul Prophecies series, which is connected by theme, so all books can be read independently.

What other books are there in the series?

The evolution of the soul began on planet Iyeeka, 300 million years ago, and their story is told in Lost Frequencies. An Iyeekan scientist prophesised the birth of the human soul and the Iyeekan souls guide the human souls today in the first anthology Another Path. The books can be read in any order as they form an infinity loop.

In order to justify the idea of a science-based afterlife, I came up with some strange ideas, some of which seem to have opened up debate and even some blog articles from scientists, which were debated on Reddit.

Interesting. Do you have a science background or did it just involve a lot of research?

I have a science degree but not in physics. It is something I’ve been heavily interested in over the years so there was a lot of research to be done as well. I developed a concept that evolved in itself – and even invaded my dreams! Apollo XR also seems to have come to life in the past year or so, also through my dreams – he even wrote a song.

Yes, the lyrics and music! I put it all together the day after my dream and sent it to the publisher, who knew of an artist to record it. So “Who am I?” was released by Our Eyes on Spotify, Apple and Amazon with a YouTube video on the same day as Quantum Messenger was released. Apollo also has a Twitter account (as a time-travelling robot) and hijacks my blog. I have no control!

That’s hilarious. Are you afraid that artificial intelligence might gain too much power and take over the world?

There are ethical issues but the way machines learn is the problem. I can see the evolution of Alexa or Google Home becoming more mobile. I can see robots as personal assistants, to cook, deliver, do washing and cleaning and household chores over time. Whether they will become sentient, form a union and march for #RobotLivesMatter, I doubt. But then who knows? It’s military AI that is more frightening. I touch on this subject in all of the books, there will be blurred lines as far as ethics are concerned when it comes to military adaptation of robots and AI. Not just on the ground but for cyber warfare too.

Scary thought! So, are you writing a new series now?

My current projects are all standalone books. I have several on the go at the same time. I tend to write where inspiration strikes. I’ll see which projects I feel better about when they are finsied. I don’t like pigeonholing myself into one genre but I understand why authors have to do it. I don’t think I’ll stray too far off sci-fi fantasy but did start working on an historical fiction project a few years ago that I’d love to finish eventually.

The paperback version of Quantum Messenger will be released later this year (the hardcover and eBook are already released) so it gives me a few months to finish the next book ready.

What would you say was the best thing about writing?

When I’m in the zone, it’s all I can think about so the real-world drifts away. Family will often ring me if they haven’t heard from me for a while to check I’m OK because I’ve been offline for a few days writing. It’s easy to lose track of days – and hours – I can’t say my main writing is done during daylight hours. I’ve become nocturnal at times during the lockdown but I know I’m not the only writer who has.

Do you enjoy engaging with readers and writers on social media?

I do. I use Facebook, Twitter, Goodreads, Pinterest, Tumblr, YouTube and Instagram. I always try to engage with readers. I don’t spend as much time on some platforms as others but try to vary the content. I like the reading and writing communities and enjoy learning about what other readers enjoy (or dislike) about other books. It’s often fascinating.

On Amazon, Barnes & Noble or Bookshop.org.uk (nominate your local bookstore to share the sales revenue). I think it’s available on the Apple store as well.

Thank you. Good luck with all your projects.

I’ve read the series now and loved it! I love Apollo and his friendship with Josephine in Quantum Messenger. I want an Apollo robot!