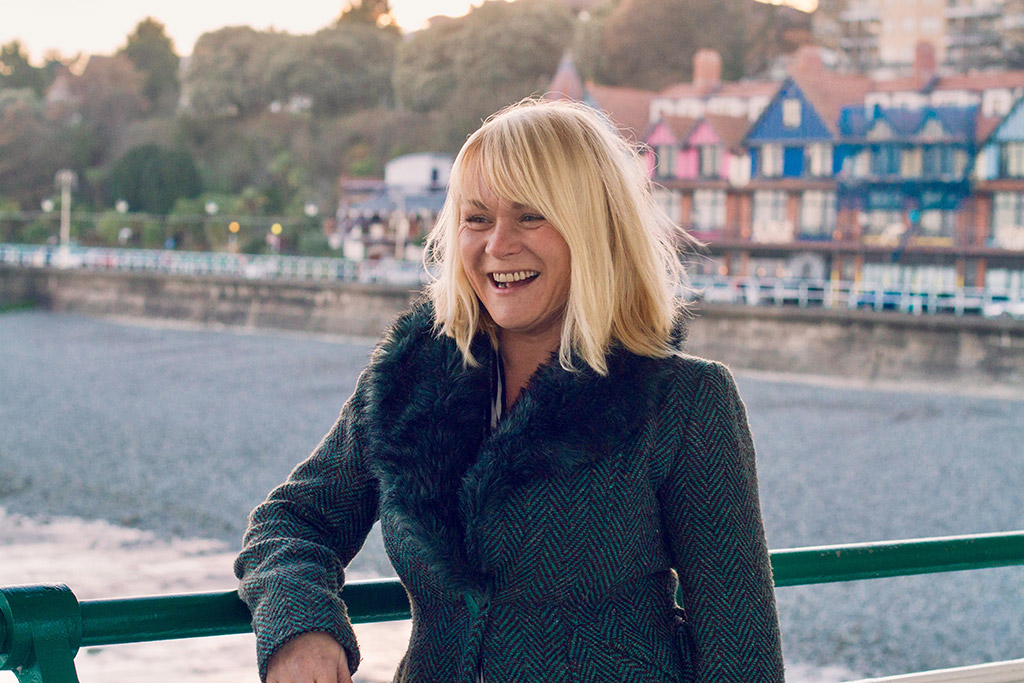 Laura Kemp went freelance when she had her first child. Since then, she’s written six novels and is writing her seventh

We all dream of that perfect job. And for one Penarth-based writer, turning from journalist to author has led to a deal with a major publisher and her books appearing on supermarket shelves.

Born in Redhill, Surrey, Laura Kemp was brought up in Cheshire before the family moved to East Sussex when she was ten.

“I went to university in Reading and then my first proper job – after my teenage years were spent waitressing and behind the till at supermarkets and shops – was as a trainee reporter at the Kent and Sussex Courier newspaper.

“It was terrifying starting the week with blank pages but it was up to me to find stories; I quickly learned to get out and about and make contacts – and to never be afraid of asking questions. I left there to go to Eastbourne where I was Head of News on a bi-weekly and then came to Cardiff in 1999 to be a reporter on the South Wales Echo. I loved Wales so much I never left!”

For extra cash, Laura also worked on the Sports Desk at Wales On Sunday.

“I loved the Sunday newspaper feel so I was lucky to get a job at Wales on Sunday as Head of Content soon after. My memories have me in stitches – we had a ball coming up with ideas for stories and the social life was fantastic. We were all very tight together and we did our best to produce entertaining papers.”

Creating content on demand and sticking to tight deadlines laid down good foundations when Laura found herself with a little one and decided to go freelance.

“It was a risk but I had a baby to bring up so I wanted to spend the days with him and then work at night. It was a huge thrill to get my features published in the nationals and the money was good. It’s not for the faint-hearted though – it’s very competitive and you have to be prepared to give it your all.”

A columnist and contributor, she regularly writes for national newspapers and magazines, such as The Mirror, The Daily Mail and The Sun. It was thanks to her freelance work that her first novel came into being.

“I’d written a feature for The Daily Mail about being a ‘tummy mummy’ rather than a ‘yummy mummy’ and it was such a hit, I used it as a springboard to write my first novel, Mums Like Us, which was an antidote to the yummy mummy movement. I wanted to reflect the ridiculous reality of parenthood, of sick on your top and mashed banana in your handbag, rather than the glossy image of happy mums and happy babies,” she says.

Mums Like Us was met with rave reviews, both from lovers of fiction – and by mums who identified with the daily trials and tribulations of its main character, Stella Smith. Emboldened by her first novel, Laura penned a second. And a third. And she didn’t stop there.

“I’m on my seventh novel at the moment and I still can’t explain where it comes from! Ideas tend to collide in terms of characters, setting, storyline and themes – it’s pure imagination and that stems from childhood, I think.”

Looking back, her youth was a place for her imagination to flourish.

If I waited for inspiration, I’d sit around and do nothing! So my routine is strict set hours when my son’s in school

“I wasn’t one to write much outside of school as a child but what I did lots of was imagination games – playing schools and Star Wars and making rose petal perfume and all of that and I think that’s where my writing comes from. It’s all about imagination, problem-solving and entertaining yourself and others. I always liked to make people laugh too, being the baby of the house. As I got older, I loved reading and that laid the foundation for my career which is basically all about a love of words.

“My parents set the example of working hard and keeping going no matter what. My dad, born in the East End, left school with one ‘O’ Level and worked his way up to run his own successful company and my mum did everything she could to encourage me to learn, as well as run the house and work. Both of them had huge drive and I hope I have inherited that from them.

“My most recent books are set in Wales, which is a well of inspiration. Wherever I go, whomever I meet, whatever I see, I pick things up. I arrived in 1999, completely unaware of the depth of culture and character of Wales and it was like I’d walked into a technicolour world! My latest novel, Bring Me Sunshine, and the previous one, The Year of Surprising Acts of Kindness, were inspired by the unique community feel of this country. You’ll find it in the smallest of villages but also on the streets of Cardiff.”

The 45-year-old’s work has been lauded by such luminaries as Milly Johnson, Lucy Diamond and Miranda Dickinson. Like any writer, getting the hours in is a full-time job.

“If I waited for inspiration, I’d sit around and do nothing! So my routine is strict set hours when my son’s in school. I write whether I feel like it or not – it’s a job and some words are better than no words. The process is all about word count at the first draft stage; it’s really important to get the story out. I do edit as I go along but that job mainly falls to my editors who will tidy things up, suggest changes and help me focus on the plot.”

Her inspiration comes from her everyday life situations.

“I love every stage of it – from the ideas floating in my head and writing it down to seeing the cover for the first time and walking into the supermarket to see one of my books on the shelves. Like every job, there are negatives – it is intense, tiring, demanding and lonely. You’re putting yourself out there and not everyone will like what you do. But it’s not hard compared to other jobs out there. I’m not saving lives! So I feel very lucky that I have the opportunity to write books – and when readers contact me to say they’ve enjoyed one, it’s an incredible feeling. It’s a privilege to be picked up and read and taken on holidays and turned to when you need cheering up. I wouldn’t want to do anything else.”

And her message is clear.

“I write feel-good fiction based on the idea that there’s no such thing as an ordinary woman. Every woman I know, every woman out there, is extraordinary for what she goes through and my books reflect the issues we face but with a load of humour thrown in. There’s always friendship, love and joy too – the things that keep us all going.”

Laura’s success has meant that she’s finally found her groove. Her audience has been lapping up her novels and they’re hungry for more.

“Short-term, I’m getting my next round of edits done for book seven, which will be out next year. I’m really excited about it because it was fabulous to write, being set on a campsite in the heart of Wales. I’m also working on the outline of the next one after that – book eight, which will be out in 2021. My ambition is to keep producing a book a year and to be on the supermarket shelves to reach as many readers as possible.”

You can find Laura’s books here