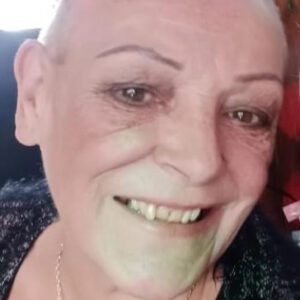 30 May 1989 was the point in time when Penny J Black first knew depression.

This has haunted her on and off ever since. No one even mentioned mental health in those days; they palmed you off with antidepressants, or in extreme circumstances, you were put in an institution and forgotten about. Her self-treatment was drink, vodka, to be precise. She always held down a job, though, and tried to see herself out of the dark hole she kept slipping back into. Just when she thought she was okay, she’d slip back down.

Her children were supportive, but, in reality, she put them through hell. Her youngest son suffers mental-health issues because of her. In fact, they all suffered, and she is so grateful they are still supporting her. Mental health is a serious illness, we are now told, and Penny J Black is thankful it is now starting to be recognised. If you’ve never had it, you don’t understand – simple.

People tell you to “snap out of it” but that is impossible to do. Writing has helped her a lot; it’s good to get those feelings down on paper. Not everyone can write a novel, and it has taken her a long time between starting this and it being on the shelves.

If you think you are suffering, please don’t suffer in silence like she had to. #itsoktonotbeok